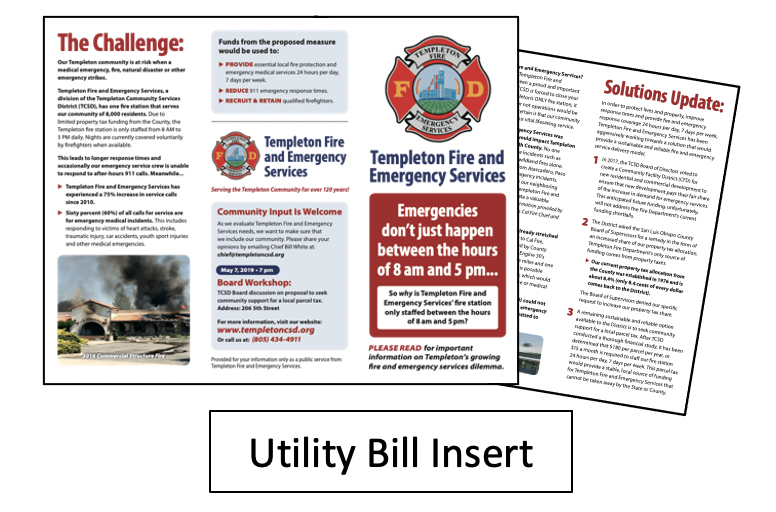 The election success story of the Templeton Community Service District (TCSD) is a tale of what great community listening looks like. Templeton Fire and Emergency Services (TFES), a service of TCSD, provides fire protection and emergency services for an area with a population of approximately 8,000 in rural San Luis Obispo County. After previous electoral attempts to raise revenues had failed, TFES was left operating its services from one fire station, which was only staffed from 8 AM to 5 PM daily. Volunteer firefighters covered night shifts when available. With demand for services increasing, a solution was needed that could ensure full-time, adequate staffing at the department’s only fire station; without one, there was every possibility that TCSD would have to dissolve its main fire protection service. 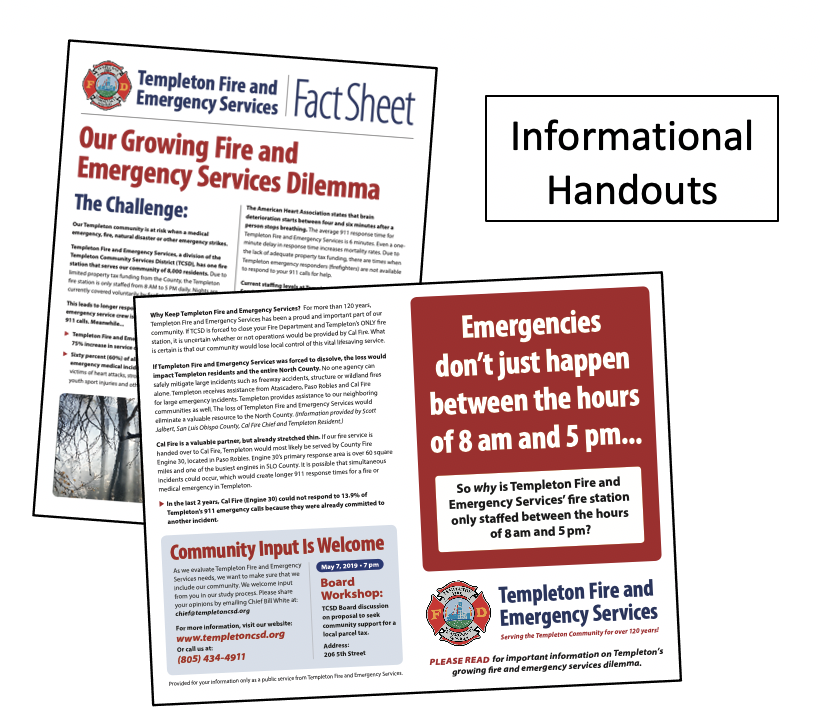 In 2018, TCSD conducted polling which showed that holding a Special Election in 2019 and passing a $180 per-year parcel tax measure was feasible, but the research also indicated that a robust informational engagement effort from the District would be vital for what was a must-pass measure. In February 2019, CliffordMoss was brought to the table with the goal of developing and guiding such an informational effort. Immediately, CliffordMoss and TFES leaders sought to show that listening to the community was a priority. This started with engaging community groups and opinion leaders throughout the Templeton community, as well as forming an advisory committee of board members and concerned community members to help provide feedback and shape a measure that would meet the needs of the community. 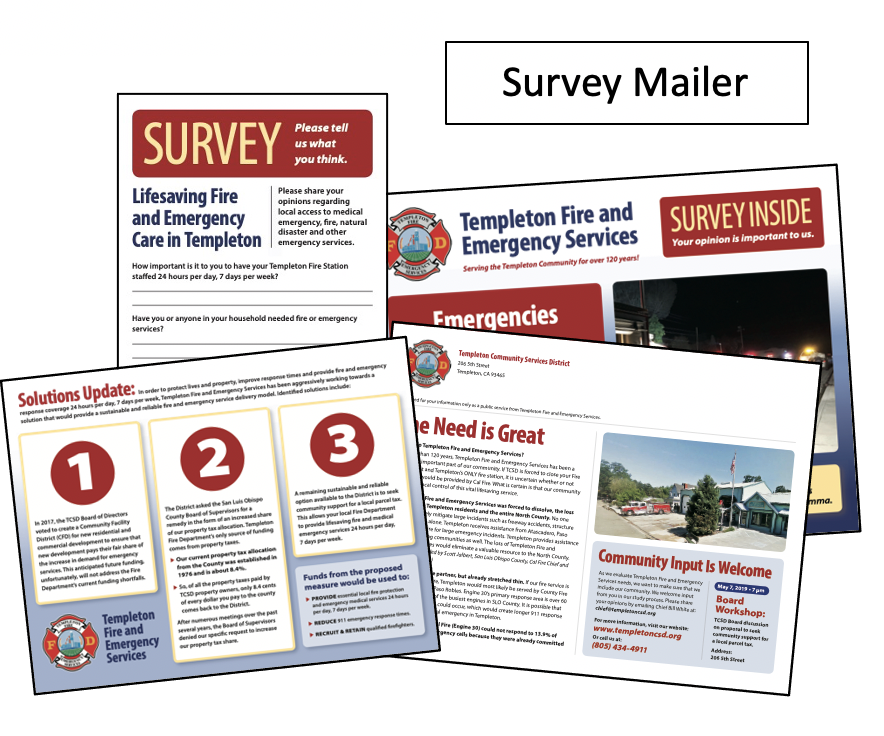 On a parallel track, CliffordMoss began developing extensive informational-only materials, including a detailed FAQ, Fact Sheet, and a four-panel handout for distribution to the community. The District sent two mail pieces to the community: a single sheet that was placed as an insert in TCSD utility bills (increasing the likelihood that they’d be seen) and a two-way survey mailer asking for individuals’ input on TFES needs and the proposed parcel tax measure. It was clear that the team had put in the effort to show that they were truly listening, and the eventual Measure A-19 that was placed on the ballot for an August 27 Special Election reflected just that. So did the final result: Measure A-19 passed at 77.49%, representing a huge win for TCSD, TFES, and the Templeton community as a whole.